A study on blindness

With honorable inspiration from Saramago, and with poetic license, let’s (also) talk about the environment and indigenous peoples in Brazil’s elections. In the picture above, indigenous people protest at the Ministries Esplanade, in April of 2018 (Yanahin Matala Waurá /Amazônia Real)

We all feel desolate. Suddenly we realize what before seemed unimaginable. Leading in the Brazilian electoral polls is an ultraconservative candidate with little legislative performance in over 27 years of political life, who propagates his appreciation for torture, misogyny, prejudice against gender and sexual freedom, the cassation of NGOs, activists and defenders of human rights and the environment. He ironizes and minimizes the social impacts of the military dictatorship by praising it and denying history. He calls on civilians to get weapons like a child that plays bang-bang, curses opponents in a posture that is rude for any public person, and he makes faux pas when he tries to assume a politer posture. He has already announced that he would not rape a female MP “because she did not deserve it”, that women are conceived when men have a weak moment and that he would not let himself be operated by a doctor that was admitted to faculty thanks to a quota, among many other slips. They reveal his short sighted, unprepared and authoritarian vision, which explains the redirection of his campaign strategy to the avoidance of any public debate and the controlled announcement of his positions, in a frightening and expressive aesthetic of fascism. These do not seem to be the credentials of a candidate to the Presidency of the Republic.

But not everything is what it seems. And the question remains: how can someone who practices such violent discourse be able to ascend in such a very short time? Perhaps it’s because the radical and simplistic solutions he offers to a society that has for long been suffering from chaos in public security, the narrative of the “good bandit is a dead bandit” (and its derivatives like “a good Indian is a dead Indian”) ends up encouraging a desire to eliminate the problem immediately, rather than committing to long-term paths based on public policy-making, education and investment in intelligence. That takes a long time. Perhaps the overexposure of an eccentric figure that promised to fix Brazil as if in a magic move was providential for a press that aimed to overthrow the PT, especially after the 2014 elections. Perhaps the many mistakes of the PT in the decisions it made, in the controversial and perverse alliances it created, the corruption it was involved in, the reforms it did not make and above all, its sticking to a power project without self-criticism, only served to aggravate the situation of polarization and hatred for the party that, sadly, blinded half of the electorate that went to the polls in the first round.

The loss of credibility in politics, the bet on the tactical use of social networks in the electoral process and the calculated strategy of producing the so-called “fake news” provided the conditions to spread fast and shallow messages on any subject. And they also produced another effect: that of blinding the counter-argument, killing the desire for debate and the need among voters to seek more detailed information. In other words, that of doing politics. After all, politics is an issue for others. What people want is for someone to bring change, from the top down. And that change must come immediately, without blah-blah-blah, without bureaucracy. It does not matter if the change will be for better or for worse, since discussing it is not in the script. The people are in a hurry. The problem is that today, this means putting very important issues into the hands of someone who is not only unprepared, but whose backward vision threatens to overturn entire structures in a strike, in which our social and environmental achievements are the pawns.

Let’s talk about environment and indigenous peoples. Since the re-democratization, and more precisely, since the Constitutional process of 1988, environmental and indigenist policies have been erected, brick by brick, with a lot of sweat from Brazil’s indigenous people, its social movements and its intellectuals. In the past 30 years, in all the governments we have been through, this path has never been easy. The old politics and the old ruralist interests have always hindered any hard-won progress in administrative, legal and judicial ways. We had one of the most avant-garde environmental laws in the world until 2012 when, to serve the agribusiness sector and leaving the scientific community shivering, Brazil approved the New Forest Code, damaging the environmental viability of private areas and providing amnesty to deforesters. We fought for environmental sustainability and social justice in the drafting of resolutions that have improved environmental licensing in Brazil and the responsible use of water resources in the late 1990s. We have established inclusive and participatory policies, giving national, state and municipal environmental councils a fundamental role in the decision-making process about the country’s development. We have supported successful biodiversity conservation strategies through the approval of the law that created the National System of Conservation Units (after a process that lasted 10 years!). We have established more than 330 federal conservation units and more than 720 indigenous territories that contribute unequivocally to guaranteeing water for Brazilians, combating climate change, conserving biodiversity and the physical and cultural survival of some 305 indigenous societies who speak more than 270 languages ​​in our country, not to mention the thousands of riverine and traditional populations that also live in protected areas and are responsible, among other things, for the production of the food that comes to the table of Brazilians.

We have fought to overcome the lowest public budgets and the dismantling of the official environmental and indigenist agencies, to implement policies, assist the rural population and build with them sustainable alternatives to income generation. We have advanced in the development of national research on natural resource management and fire management for conservation purposes. We had a diplomatic conduct of excellence until 2010, which elevated Brazil to a leading role in climate discussions on a global level. Hundreds of bills and constitutional amendments from the ruralist bloc have always threatened the rights of indigenous peoples to their lands and to their own dignity, but social movements faced these with courage. We witnessed thousands of attacks and killings of environmentalists, indigenous people and peasants who stood in the way of these interests. Never, ever, was anything easy.

But now, someone who is literally surfing on the very high rejection of the PT and the obvious lack of prioritization of the environmental and human rights agenda, distills bizarre solutions and inconsequential convictions which, from the outset, provide an endorsement for the replication and materialization of his prejudices throughout Brazil. This has caused an explosion in the cases of violence, which groups of journalists and activists try to register on a platform and for which the candidate refuses to accept any responsibility.

For those who have always worked so hard to take one step at a time in this area – and especially those who, despite all, could still always count on the credibility and commitment of the federal government to honor missions such as the defense of the environment and of human rights – the candidate’s proposals (and non-proposals) feel like treason. Suddenly, in a nutshell, he promises to extinguish the Ministry of Environment. Not because he has another strategy to advance in this area (which would be desirable in an electoral dispute), but because it “hampers” Brazil. To him, the Brazilian Institute for the Environment (Ibama) and the Chico Mendes Institute for Biodiversity Conservation (ICMBio) are only an “industry to distribute fines”. Indigenous lands and peoples must be “combated.” In fact, the “Indian must develop”, in other words, we return to the beginning of the twentieth century, when a policy based on the “attraction” and “acculturation” of indigenous peoples was implemented in the country, instead of one based on the recognition of their diversity and the right to be who they are, that is, the right to self-determination. “Climate change is an invention of environmentalists, NGOs should be banned and activists should be criminalized.” It is so difficult to think that, at this stage of events, we have to return so much to the past to explain the obvious.

We are wasting time that would allow the government’s environmental and indigenist servants to do decent work, there is no reason to doubt the importance of their role. We should already have been able to dedicate a decent budget to the environmental portfolio to fulfill its objectives of conserving and promoting sustainable economic alternatives for Brazilians, and not to end the country’s entire executive framework for the environmental area. Till this day, Brazil has lacked a real commitment to the implementation of basic sanitation, and this has direct consequences on pollution and public health, so it is criminal to ignore this item in governmental plans. There is no more space for the lack of respect for indigenous people, who have autonomy over their destiny and their decisions, and must represent themselves politically and discuss on an equal footing in society. We still have a lot to do. It is not possible to accept, passively, that all this trajectory is abandoned for nothing (English version by Merel Van der Mark).

Andreia Fanzeres is a journalist graduated from the Federal University of Rio de Janeiro (UFRJ) and she has 14 years of experience in the area of ​​social and environmental communication. She has worked for Revista Ciência Hoje, Globonews, ((o)) Eco and she was a freelancer for Valor Econômico. She is Alumni of Wolfson College, University of Cambridge (UK), where she participated in the Press Fellowship Program (2009) with the article “Environmental communication in the arc of deforestation”. She won the Earth Journalism Awards (2009) in three international categories, the Atlantic Forest Report Award (2011), the Pedro Rocha Jucá Award (2013) and the Embrapa Report Award (2014). She is a member of the indigenous rights organization Operação Amazônia Nativa (OPAN) and since 2016 she has coordinated the Indigenous Rights, Indigenous Policy and Information to Society Program. 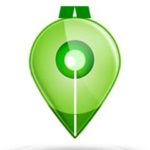