Why we need the readers’ support

Our mission is to do ethical, investigative journalism focused on Amazon and its people’s issues. Our editorial defends information democratization, freedom of speech and human rights.

We are in a region which, historically, receives an unfair journalistic covering in the country’s media. It turns the region invisible or visible only in cases of huge environmental impacts, as the recent firings.

Enough investment is needed to our crews to travel throughout the long rivers, throughout igarapés, throughout roads and by airplane. Those travels in Amazon may last many days.

Only by going in each area localized in the hugeness of the Amazon we can listen and comprehend who needs to talk: the people who protect the forest, but who even more have received death threats, people who have been expelled from their lands, who have suffered from compulsory eviction, destruction, deforestation and firing of their territory.

We are asking for your support in our first Catarse-me crowdfunding campaign to assure the journalism produced by professionals with sensitivity in search for Amazon and its populations’ great stories, specially those who have few space and visibility in the so-called big press.

How Amazônia Real was born

The journalists Kátia Brasil and Elaíze Farias, Amazônia Real’s founders and directors, lost track of how many stories were overturned in the times they worked for regional or national newspapers.

Only scandals or “exotic” subjects break up the news bureaus’ blocking which are based locally or kilometers far away from the Amazon.

In June 2013, thousands of Brazilians protested on the streets asking for social changes. In the middle of the crowds, indigenous people asked for the demarcation of their territories, but their voices were silenced.

Then, on October 20th 2013, Amazônia Real started to publish its first stories in order to visibilize those voices.

The journalistic production has the support of a network composed by more than 30 professionals, as reporters and photographers – everybody paid – who produces stories in cities of Amazonas, Acre, Amapá, Maranhão, Mato Grosso, Rondônia, Roraima, Pará and Tocantins states, besides collaborators in Mato Grosso do Sul, São Paulo and Rio de Janeiro states.

Amazônia Real has the support as well of a group of columnists specialized in region’s issues. Among them, there are the journalist Lúcio Flávio Pinto, the environmentalist Carlos Durigan, the historian Patrícia Melo, the master in education Elvira Eliza França; the anthropologist João Paulo Barreto, the historian Juarez Silva, the ecologist and Nobel Peace Prize laureate Philip Fearnside and the educator Fátima Guedes.

More than 1.200 exclusive stories were published on the website. They were produced with a rigorous appuration and impacted and provided a service to the citizens.

The contents can be shared under the Creative Commons – Attribution 4.0 international license. This way we assure the information democratization in Amazon.

Amazônia Real already reached more than 3,5 million people. It has a worldwide reach, with accesses in United States, Portugal, India, France, United Kingdom, Spain, Germany and Italy, among the more than 180 countries. However, the greater frequency of accesses come from Brazil (90%). Its greater part comes from São Paulo and after by Manaus, Rio de Janeiro, Brasília, Goiânia, Belém and Fortaleza.

We inverted the order of the coverings

In times when the Amazon is back to the space of ideological, political and economic disputes, the Amazônia Real independent, investigative journalism agency never failed to deal with the capitalism x environment dichotomy. Many times Amazônia Real stood against the other Brazil’s media agencies’ news covering pattern.

Hydroelectric plants, mining, gold panning, flexibilization of territorial rights, land use and occupation. All those themes turn into subjects in our stories because they impact, daily, the nature and the lives of traditional populations who rely on nature to survive.

When a mega enterprise is going to be implemented, even causing irreversible impacts to the traditional populations, in general the traditional press listen only to people related to the business sector and the official, governmental sources. The populations who will be harmed by their territory’s destruction process are not.

Therefore, the approach lacks of the vision of those who will suffer the future consequences of such actions in the territories they live in.

To assure that Amazônia Real keep on not having any retrenchment, the agency doesn’t receive any kind of public funding, a practice which plaster the journalistic production. It doesn’t receive as well resources from people or companies involved with environmental crimes, slavery, human rights violation and violence against women. It is a matter of coherence.

We believe that with the readers’ support it is possible to do ethical, independent journalism in Amazon.

What we already investigated:

Recognition of our work

The sole initiative of independent journalism created and managed by women in Northern Brazil, Amazônia Real was ranked as one of the Latin America’s 100 digital news startups by the Spanish organization SembraMedia in 2017.

On January 31th 2019, Amazônia Real was awarded with the Rey de España journalism prize of biggest highlight Ibero-America’s media company. The agency competed with other 200 projects of 18 countries. In its justification, the jury affirmed that Amazônia Real is done “by professionals of sensitivity in search of Amazon and its populations’ great stories, specially those who have few space and visibility in the so-called big press”.

What do we want?

To keep Amazônia Real free of retrenchment and to enlarge the covering on the socialenvironmental impacts of planned mega enterprises as roads, minings, hydroelectric plants, among others, financial resources which could provide the realization of such reportages are needed.

If you reckon the independent journalism’s importance in Amazon, your recurrent support is essential to we keep doing investments in our stories.

Be an Amazônia Real supporter and make part of our history.

Together we can assure the freedom of speech, the information democratization and social justice in Brazilian press. 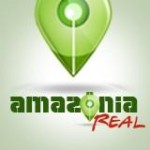